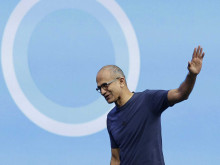 Microsoft just gave us an accidental preview of its new WiFi service, which will let users connect to millions of WiFi hotspots across the globe.

Microsoft WiFi looks like a revamp of Skype WiFi, which lets subscribers access the hotspots that pop up in coffee shops, hotels and train stations from lots of different providers using one log-in.

This includes Boingo, Xfinity WiFi and Gowex hotspots in the US, and access points from BT and The Cloud in the UK.

Story added 3. June 2015, content source with full text you can find at link above.