Bugs in Popular Hacker Tools Open the Door to Striking Back 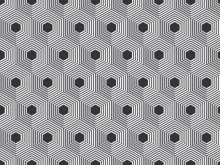 The concept of “hacking back” has drawn attention—and generated controversy—lately as geopolitics focuses increasingly on the threat of cyberwar. The idea that cyberattack victims should be legally allowed to hack their alleged assailants has even motivated a bill, the Active Cyber Defense Certainty Act, that representative Tom Graves of Georgia has shared for possible introduction this fall. And though many oppose hacking back as a dangerous and morally ambiguous slippery slope, research shows that, for better or worse, in many cases it wouldn’t be all that hard.

Read more: Bugs in Popular Hacker Tools Open the Door to Striking Back

Story added 26. July 2017, content source with full text you can find at link above.