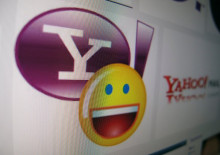 Yahoo, which was in the limelight for revealing a massive hack on its users earlier this year, has fixed a highly critical cross-site scripting (XSS) security flaw in its email system that would have allowed attackers to access any email.

The flaw was discovered and reported by Finland-based security researcher Jouko Pynnonen who earned $10,000 for the feat from Yahoo’s bug bounty program. The flaw allowed an attacker to read a victim’s email or create a virus infecting Yahoo Mail accounts among other things.

Story added 12. December 2016, content source with full text you can find at link above.