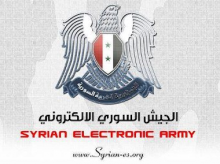 The accounts were compromised via a phishing attack that used emails disguised as legitimate communications from the BBC and CNN, reported Nextgov. Instead, the emails included links to fake — but real-looking — Google and Twitter pages, which requested that the recipients enter their log-in details. The attackers then used the stolen credentials to launch phishing attacks on other White House staffers, as recently as Sunday night.

Story added 31. July 2013, content source with full text you can find at link above.