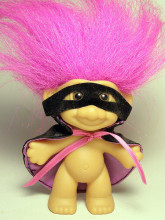 ArrivalStar is one of the most active patent trolls, having filed hundreds of lawsuits in recent years. Most of its suits were filed against medium- and large-sized companies, but this particular troll stood out from the rest because it also chose to sue public transit agencies. The company got an $80,000 settlement from Seattle (King County) and won similar payments from Chicago’s Metra system, Boston, and other locales.

Story added 22. August 2013, content source with full text you can find at link above.