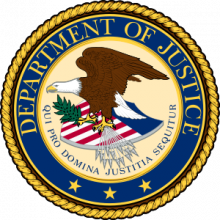 An error by the US Department of Justice’s document-redaction staff has inadvertently let slip a secret that the DoJ has spent months battling in the courts to protect – albeit one that will come as a surprise to no one.

The DoJ has long maintained that the practice of using National Security Letters (NSLs) to obtain information from tech companies about their customers must be absolutely hush-hush. The letters are so secretive, in fact, that companies that receive them aren’t allowed to discuss them or even admit that they exist.

Story added 27. August 2013, content source with full text you can find at link above.