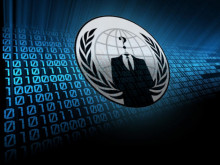 Thirteen people have pleaded guilty to charges they were involved in a 2010 cyberattack on PayPal for the eBay unit’s refusal to process payments for WikiLeaks.

The hacktivist collective claimed responsibility for engineering the December 2010 distributed-denial-of-service attack in retaliation for the online payment processing company’s suspension of an account linked to WikiLeaks after the document-leaking organization released a large number of classified documents.