Android developer surprised to find his app in Nokia Store 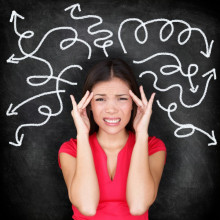 ADW.Launcher developer Ander Webbs has taken to Google+ to share his surprise after finding out his Android app was available in the Nokia Store — the app store for Nokia X — seemingly without his permission and without him ever launching the offering there. At first glance it appears Opera, which operates Nokia Store, has jumped the gun by creating an account and uploading the app on his behalf.

Story added 14. May 2014, content source with full text you can find at link above.