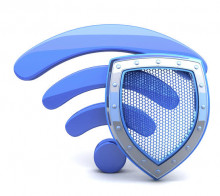 Autumn DePoe-Hughes captured on video a rather bizarre scene at Manchester Fort Shopping Park this past summer. If car doors were locked, they could not be unlocked. The reverse was true as well. And, annoying car alarms defied any attempt to silence them. DePoe-Hughes told John Leyden of The Register, “Someone else had complete control over our cars for well over half an hour.”

Story added 6. November 2015, content source with full text you can find at link above.