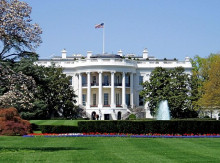 When President Truman created the National Security Agency in 1952, its very existence was not publicly disclosed. Earlier this month, the NSA sent out a Tweet making clear that it did not know about the recently discovered vulnerability in OpenSSL known as Heartbleed. For an agency whose acronym was once said to stand for “No Such Agency,” this step was unusual but consistent with NSA’s efforts to appropriately inform the ongoing discussion related to how it conducts its missions.

Story added 29. April 2014, content source with full text you can find at link above.