WarGames for real: How one 1983 exercise nearly triggered WWIII 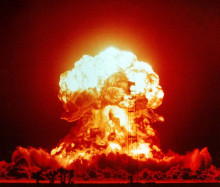 Thirty-two years ago, just months after the release of the movie WarGames, the world came the closest it ever has to nuclear Armageddon. In the movie version of a global near-death experience, a teenage hacker messing around with an artificial intelligence program that just happened to control the American nuclear missile force unleashes chaos. In reality, a very different computer program run by the Soviets fed growing paranoia about the intentions of the United States, very nearly triggering a nuclear war.

Story added 26. November 2015, content source with full text you can find at link above.