US, Germany agree not to spy on industry or government 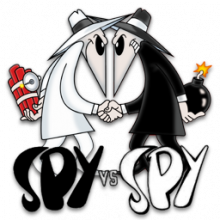 In the wake of the Snowden leaks, the US has been trying to patch up its relationship with its long running ally Germany.

The German government said it was furious when it discovered US spooks were spying on its government.

Now it seems that the US has verbally committed to enter into a no-spying agreement with Germany. But this will just block government and industrial espionage, so presumably citizens are fair game. According to IT World, the verbal commitment was given in talks with the German Federal Intelligence Service (Bundesnachrichtendienst, BND).

Read more: US, Germany agree not to spy on industry or government

Story added 16. August 2013, content source with full text you can find at link above.