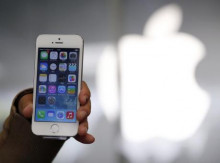 A California federal judge has dismissed a consumer lawsuit over data privacy against Apple Inc, saying the plaintiffs had failed to show they had relied on any alleged company misrepresentations and that they had suffered harm.

The four plaintiffs claimed in 2011 that Apple had violated its privacy policy, saying the iPhone maker had designed its iOS environment to easily transmit personal information to third parties that collect and analyze such data without user consent or detection.

Story added 28. November 2013, content source with full text you can find at link above.