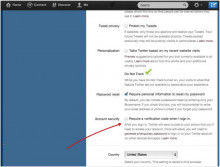 Going a week without a major brand having its Twitter account compromised was starting to become a rare occurrence. Critics and users alike repeatedly called upon Twitter to release two-factor (or step) authentication. The added layer of security requires you to enter your password, and then a subsequent six-digit access anytime you try to log into Twitter. The short code is sent via text message to your cell phone, which means that any would-be hackers would need to not only crack your password, but to also have physical possession of your cell phone.

Story added 23. May 2013, content source with full text you can find at link above.