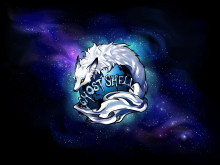 After leaking millions of pieces of information from the systems of organizations from all over the world, Team GhostShell has become the target of several law enforcement agencies. In an interview we’ve had with DeadMellox, the leader of the group, he has detailed some of his encounters with the authorities.

DeadMellox says he’s taking a break from hacking for an undetermined period of time, but before doing so, he has shared with us some interesting things from behind the scenes of his collective’s operations.

Story added 1. March 2013, content source with full text you can find at link above.