Scientists claim discovery of life coming to Earth from space 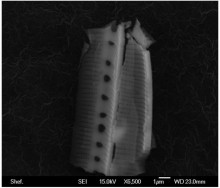 Scientists from the University of Sheffield believe they have found life arriving to Earth from space after sending a balloon 27km into the stratosphere.

After it landed, they discovered that they had captured a diatom fragment and some unusual biological entities from the stratosphere, all of which are too large to have come from Earth, the scientists suggest. The team was led by Professor (Hon. Cardiff and Buckingham Universities) Milton Wainwright, from the University’s Department of Molecular Biology and Biotechnology.

Story added 24. September 2013, content source with full text you can find at link above.