RSA 2014: Richard Clarke speaks on rebuilding trust with the NSA 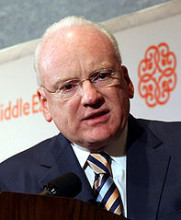 Richard Clarke, chairman and CEO of Good Harbor and a member of Obama’s review group on intelligence and communications technology, kicked off the Cloud Security Alliance (CSA) Summit 2014 at the RSA Conference by discussing his observations about the NSA surveillance controversy.

Clarke ultimately took a positive stance regarding the NSA, explaining that the organization has been responsible for gathering intelligence on countries that have weapons of mass destruction, as well as for uprooting drug cartels and deterring various types of terrorist threats.

Story added 25. February 2014, content source with full text you can find at link above.