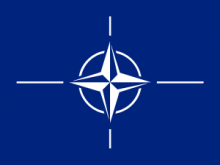 Spokeswoman for the NATO military alliance, Oana Lungescu, said on Twitter that several of its websites had been hit by “a significant DDoS [denial-of-service] attack” on Saturday.

But it said the attacks had no operational impact.

In DDoS attacks, hackers hijack multiple computers to send a flood of data to the target, crippling its computer system. Lungescu said experts are working to restore normal function, but the websites had remained down for hours and still could not be accessed early on Sunday.

Story added 17. March 2014, content source with full text you can find at link above.