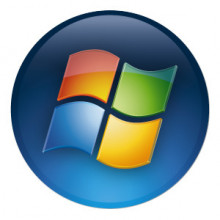 If you’ve got 99 security problems, odds are Microsoft’s not one—or at least it’s just a minority of them. In its annual review of software vulnerabilities, security software firm Secunia found that 86 percent of vulnerabilities discovered on systems scanned by its software in the 50 most popular Windows software packages in 2012 were attributable to third-party developers and not to Microsoft’s Windows operating system or applications. And for most of these vulnerabilities, a patch was already available at the time they were discovered.

Story added 15. March 2013, content source with full text you can find at link above.

Twitch finally supports any two-factor authentication app (27.11.2020)
This AI tool generates your creepy lookalikes to trick facial recognition (27.11.2020)
ZTE is still a security threat according to FCC decision (27.11.2020)
How one developer is sneaking emulators through a hole in the Xbox Store (27.11.2020)