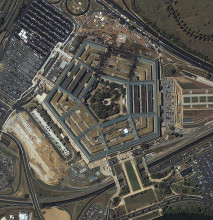 In 2005, Kevin Jorge dodged mortar attacks on a military base in Afghanistan. Today, Jorge, a National Guardsman with an IT background, wants to serve on the front lines of a new kind of war — one being fought with bytes instead of bombs.

Jorge’s skills are in high demand. Faced with a shortage of experts to defend the country from online attacks, the government is looking to fill the void by recruiting job-seekers accustomed to physical warfare: returning military veterans.