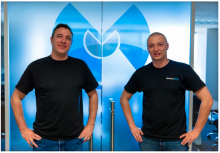 Imagine a world of Windows computer security where the latest zero-day exploits that seek to gain access to your computer are rendered ineffective before they can be used against you.

That world doesn’t exist yet, but it took a giant step closer to reality with Malwarebytes Anti-Exploit, a new Windows security program released Thursday. It’s powered by exploit-blocking technology that Malwarebytes acquired last year when it bought ZeroVulnerabilityLabs.

Story added 12. June 2014, content source with full text you can find at link above.