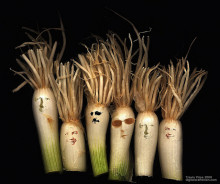 Authorities in Japan are so worried about their inability to tackle cybercrime that they are asking the country’s ISPs to block the use of Tor.

According to The Mainichi, the National Police Agency (NPA, a bit like the Japanese FBI) is going to urge ISPs to block customers if they are found to have “abused” Tor online. Since Tor anonymizes traffic, that can be read as a presumption of guilt on anyone who anonymizes their Web activity.

Story added 22. April 2013, content source with full text you can find at link above.