How Snowden got the NSA documents 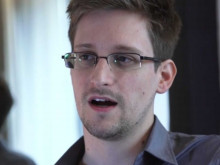 It’s been known for a while that Edward Snowden was a systems administrator for Booz Allen Hamilton doing contract work for the NSA when he obtained the documents which he subsequently leaked to the press. But how did he get at these documents? NBC News has an investigations story on “How Snowden did it” which purports to explain.

Read more: How Snowden got the NSA documents

Story added 27. August 2013, content source with full text you can find at link above.