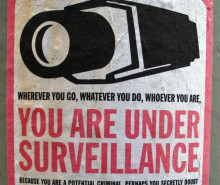 In 2004, a 22-year-old technology enthusiast named Ladar Levison hatched a venture that fused his passion for open-source software with his belief that privacy was a fundamental right. Using the OpenSSL cryptography library, the Linux-based operating system, and close to 10,000 programming hours, he built what ultimately became Lavabit, an e-mail service that, when used correctly, made it impossible for even him to read the encrypted messages stored on his servers.

Read more: How might the feds have snooped on Lavabit?

Story added 26. August 2013, content source with full text you can find at link above.