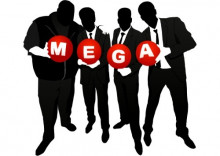 A Kiwi court has ruled that Megaupload founder Kim Dotcom can sue New Zealand’s spy agency for illegal surveillance, opening the government up to more scrutiny over its role in an unlawful 2011 police raid on the internet entrepreneur’s home.

The New Zealand Appeals Court rejected an application from the attorney general, acting on behalf of the Government Communications Security Bureau (GCSB), to exclude the agency from the lawsuit. New Zealand’s High court ruled last year the agency could be held liable for illegally spying on Dotcom.

Story added 7. March 2013, content source with full text you can find at link above.