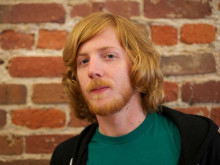 GitHub, the hugely popular and sometimes controversial website for hosting software development, has officially raised its second round of funding. Just like the first it’s a whopper: $250 million, which now values the company at $2 billion, GitHub told the Wall Street Journal.

The company confirmed the round to Business Insider, telling us it was led by Sequoia Capital, with participation from Andreessen Horowitz, Thrive Capital, and Institutional Venture Partners.

Read more: GitHub lands $250 million in funding and is now worth $2 billion

Story added 30. July 2015, content source with full text you can find at link above.