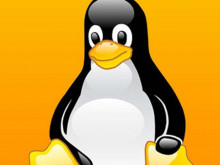 A fault in a widely used component of most Linux distributions could allow an attacker to take remote control of a system after merely sending a malicious email.

The vulnerability, nicknamed “Ghost,” is in the GNU C Library known as glibc, according to security vendor Qualys, which disclosed the issue on Tuesday as many Linux distributions released patches. Glibc is a C library that defines system calls.

Story added 28. January 2015, content source with full text you can find at link above.