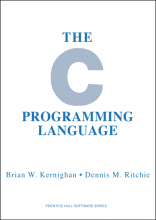 If you have a nostalgic turn of mind, there’s a new posting over on Github that you’ll just love: the earliest known C compiler by the legendary Dennis Ritchie has been published on the repository.

It’s not new: long before his death in 2011, Ritchie wrote about the effort to find, recover and preserve the early work on C here. Even as far back as 2001, the effort to recover the earliest life of one of the world’s most important programming languages was considered computer industry palaeontology.

Story added 6. March 2013, content source with full text you can find at link above.