FBI director says terrorist interest in cyberattacks against the U.S. on the uptick 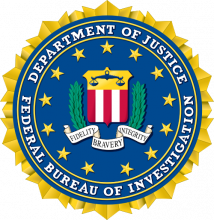 Federal Bureau of Investigation (FBI) Director James Comey told attendees of the Aspen Security Forum in Colorado that terrorists are discussing strategies for launching cyberattacks against the U.S.

Comey didn’t specify the types of cyber assaults but said the planning appeared to be in its infancy. The director also noted that attacks of this nature are common among extremist groups that have trouble establishing themselves in the U.S.

“We are picking up signs of increasing interest,” Comey said. “It’s a small but potentially growing problem.”

Read more: FBI director says terrorist interest in cyberattacks against the U.S. on the uptick

Story added 24. July 2015, content source with full text you can find at link above.