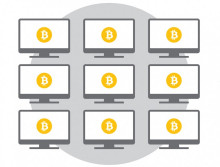 A second major bitcoin exchange suspended withdrawals on Tuesday, amidst widespread attacks on the vast software system that drives the digital currency.

Bitstamp, an exchange based on Slovenia, says that it suspended Bitcoin withdrawals due to “inconsistent results” from its online bitcoin wallet caused by a denial-of-service attack, according to a post on the exchange’s Facebook page. “Bitcoin withdrawal processing will be suspended temporarily until a software fix is issued,” the post reads.

Story added 12. February 2014, content source with full text you can find at link above.