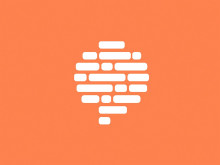 In the four tumultuous weeks since President Donald Trump’s inauguration, the White House has provided a steady stream of leaks. Some are mostly innocuous, like how Trump spends his solitary hours. Others, including reports of national security adviser Michael Flynn’s unauthorized talks with Russia, have proven devastating. In response, Trump has launched an investigation, and expressed his displeasure in a tweet: “Why are there so many illegal leaks coming out of Washington?”