Cyberattacks, not economy, could cripple banks in the future 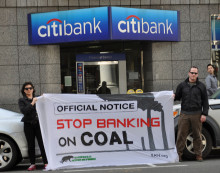 The next major industry shock the banking sector will face could be cybercrime rather than economic issues, according to consultancy firm KPMG.

The Bank Performance Benchmarking Report says that the banking industry has addressed a number of problems caused by the 2008 recession, with the U.K.’s top five banks “starting to get back on track.”

Read more: Cyberattacks, not economy, could cripple banks in the future

Story added 20. August 2013, content source with full text you can find at link above.