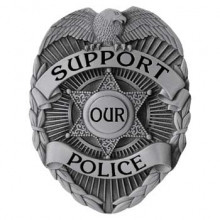 A 22-year-old US man said to be linked to hacker collective Anonymous was sentenced to three years in federal prison on Thursday for hacking police and other websites and releasing sensitive information.

John Borell III denied involvement in the attacks in April 2012 but the hacktivist pleaded guilty to computer fraud charges one year later and agreed to pay $227,000 for systems that were damaged and in need of improved security, the Associated Press reported.

Story added 16. September 2013, content source with full text you can find at link above.