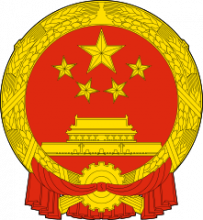 Chinese regulators summoned bank officials for a meeting this month to stress the need to carry out a nationwide directive to cut China’s reliance on foreign technology, said people familiar with the matter.

In the Jan. 15 meeting, the China Banking Regulatory Commission suggested lenders not buy new mainframe computers in 2015 and draft plans to replace the ones they now have, said the people, who asked not to be identified because the meeting was private. A senior CBRC official said in November banks rely on foreign brands for 80 percent of their core servers and systems.