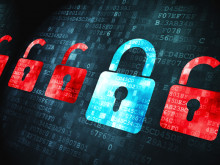 Microsoft and Symantec made headlines in September and in the summer by taking down major botnets. Now, one expert calls their actions ineffective, and wonders if the only reason they happened was to garner good press.

Working backwards, Symantec announced in September that they used a vulnerability within the ZeroAccess botnet’s code to take down a significant part of it. Their actions gained headlines, because ZeroAccess has existed since 2010, and had a foothold on millions of systems globally.

Story added 2. December 2013, content source with full text you can find at link above.