Bitcoin is so 2013: Dogecoin is the new cryptocurrency on the block 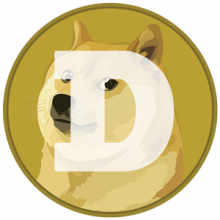 It was only a matter of time before the 2013 meme of the year tried to turn his success into financial gain.

Enter Dogecoin: a Bitcoin-like cryptocurrency that seems to have started as a joke and is beginning to actually accumulate some value. As with most things meme, there’s a community on Reddit called Dogemarket where users are trading Dogecoin for actual, real-world items — though as of today, a single Dogecoin is worth only $0.00023.

Read more: Bitcoin is so 2013: Dogecoin is the new cryptocurrency on the block

Story added 17. December 2013, content source with full text you can find at link above.