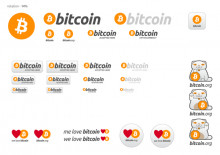 A 107-year-old Australian pub has decided to accept the world’s newest currency: Bitcoin.

Garry Pasfield, publican at The Old Fitzroy in Sydney’s bohemian inner city suburb of Wooloomooloo told The Reg he likes the idea of getting in early on Bitcoin. Pasfield said he’s no idea if Bitcoin will take off, but likes the idea of being among the first to accept it as payment.

Story added 16. September 2013, content source with full text you can find at link above.