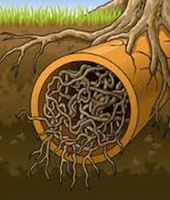 Bad news Mac users – even if you have kept your operating system up-to-date, it looks like your computer is still vulnerable to the Rootpipe flaw.

A quick recap for those who haven’t been following the Rootpipe saga closely:

Back in October 2014, Swedish white-hat hacker Emil Kvarnhammar revealed that he had uncovered a dangerous vulnerability in some versions of OS X (including the then newly-released 10.10 Yosemite) that could allow a hacker to take complete control of your desktop Mac or MacBook laptop.