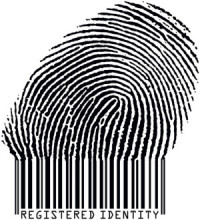 A recent spate of rumors claim that Apple will be including biometric technology in the upcoming iPhone 5S in the form of a fingerprint reader embedded in its home button.

I hope that the rumors are true. If Apple’s July 2012 acquisition of AuthenTec wasn’t enough evidence, purported leaked photos of the iPhone 5S rear shell and home button flex cable might be the smoking gun.

Story added 21. August 2013, content source with full text you can find at link above.