Another Massive DDoS Closes Out 2016, But Mirai Not To Blame 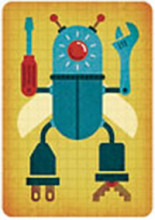 This past year has been one for the record books when it comes to distributed denial of service (DDoS) attacks, so it is only proper that 2016 closes out with news of another massive DDoS attack, reported by Imperva researchers. According to them, the Imperva Incapsula network was forced to mitigate a 650 Gbps DDoS attack just a few days before Christmas.

Read more: Another Massive DDoS Closes Out 2016, But Mirai Not To Blame

Story added 29. December 2016, content source with full text you can find at link above.