Malware authors have never been afraid to try new things. When flooding users with pop-up ads and hijacking search results didn’t prove lucrative enough, they cooked up ransomware. It’s now a billion-dollar “business,” but not everyone is in it for the money.

Take a piece of ransomware that was discovered recently called Rensenware. Once it’s infected your system and encrypted your files, there’s only one way to get them back: You have to become really good at a video game called Undefined Fantastic Object. The sailor girl in the warning image is a character from the game, Minamitsu Murasa. She’ll encrypt your documents, music, pictures, and “some kinda project files” and will only let you see them again if you can rack up 200 million points playing her game. 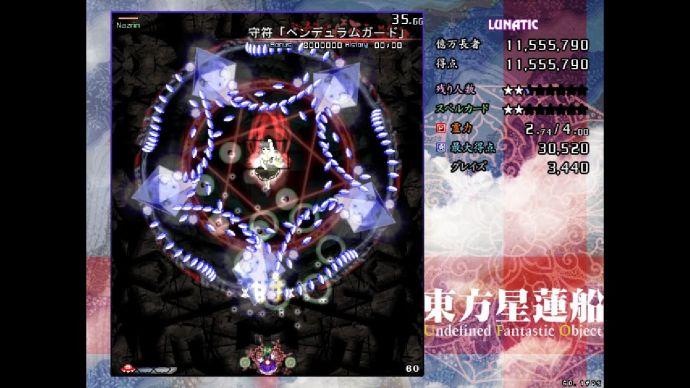 The catch: the game isn’t all that easy to find, at least not through traditional channels – which is not surprising given that the game was released in 2009. Amazon.com, does, however, have two copies left in stock. Secure one, blast your way through wave after wave of attackers, and your files will be decrypted.

That was the plan, at least, when the joker who cooked up Rensenware started working on it. It seems this particular hacker saw the error of his ways shortly after unleashing this still-quite-dangerous “prank” on unsuspecting web surfers. An apology was posted, along with a tool that can be run to trick the ransomware into thinking the game is being played and the minimum score has been achieved.

So, the creator of rensenWare created a tool which writes the values to memory which are needed for the decryption.
Also wrote an apology… pic.twitter.com/LrapKv5Dm3

While Rensenware may never have been intended as a serious threat, it underscores just how big a problem ransomware (and malware in general) is these days. In addition to the hackers who are actually out to do you harm you’ve got to watch out for hobbyists and tinkerers that are “just messing around” and “doing it for the lulz.”

The post You Can Remove This New Ransomware By Playing An Old Video Game appeared first on McAfee Blogs.

Read more: You Can Remove This New Ransomware By Playing An Old Video Game

Story added 10. April 2017, content source with full text you can find at link above.