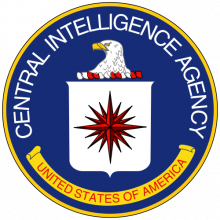 FCW, a federal IT blog, reported yesterday that its sources confirmed that the CIA has inked a deal with Amazon, agreeing to a cloud computing contract “worth up to $600 million over 10 years.” These sources suggested to FCW that Amazon Web Services will help the intelligence agency build a private cloud network so that it can “keep up with emerging technologies like big data in a cost-effective manner not possible under the CIA’s previous cloud efforts.”

Story added 20. March 2013, content source with full text you can find at link above.