So, Uh, That Billion-Account Yahoo Breach Was Actually 3 Billion 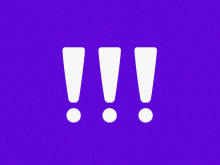 When Yahoo disclosed in December that a billion (yes, billion) of its users’ accounts had been compromised in an August 2013 breach, it came as a staggering revelation. Now, 10 months later, the company would like to make a correction: That incident actually exposed three billion accounts—every Yahoo account that existed at the time.

Story added 4. October 2017, content source with full text you can find at link above.