Should and could Microsoft buy Nook Media for $1 billion? 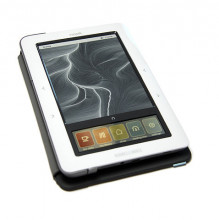 TechCrunch is reporting that Microsoft is mulling the idea of buying out the Nook Media venture in which Microsoft invested $300 million last year. TechCrunch claims it has obtained “internal documents” which indicate Microsoft may pay $1 billion for the assets of Nook Media.

Does this make any sense? Given I thought rumors of Microsoft buying Skype and Yammer (both of which Redmond ended up purchasing) were pretty ludicrous, I’d say I’m probably not the best one to judge.

Read more: Should and could Microsoft buy Nook Media for $1 billion?

Story added 9. May 2013, content source with full text you can find at link above.