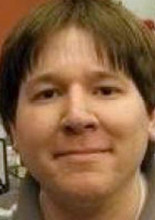 A Reuters.com editor maintained his innocence after being suspended with pay on Friday following a US federal indictment on charges he aided members of the Anonymous hacking collective.

Matthew Keys, 26, a deputy social media editor, was indicted on Thursday by a federal grand jury in Sacramento, California, on three criminal counts. The alleged events occurred before he joined Reuters, the indictment indicated.

Story added 18. March 2013, content source with full text you can find at link above.