Report: The State Department has a hacker problem 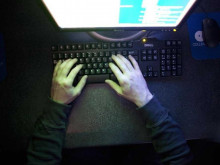 Three months after the U.S. State Department confirmed hackers breached its unclassified email system, the government has still not been able to evict them from the network, the Wall Street Journal reported on Thursday, citing three people familiar with the investigation.

Government officials, assisted by outside contractors and the National Security Agency, have repeatedly scanned the network and taken some systems offline, the Journal reported. But investigators still see signs of the hackers on State Department computers, the people familiar with the matter told the paper.

Read more: Report: The State Department has a hacker problem

Story added 20. February 2015, content source with full text you can find at link above.