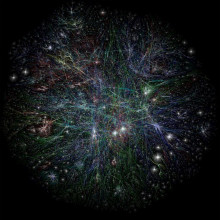 The leaders who run the internet’s technical global infrastructure say the time has come to end U.S. dominance over it.

In response to leaks by NSA whistleblower Edward Snowden, Fadi Chehadé, who heads the Internet Corporation for Assigned Names and Numbers, and others have called for “an environment, in which all stakeholders, including all governments, participate on equal footing.”

Story added 14. October 2013, content source with full text you can find at link above.