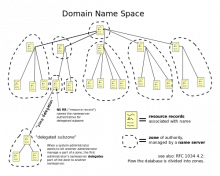 Although this week’s large-scale DDoS attack against Spamhaus may not have been as crippling as early reports suggested, they were noteworthy in that they shined spotlights on a couple of the Internet’s many underlying weaknesses.

Among them are open DNS resolvers, which enable a technique called DNS amplification wherein attackers bombard target servers with as much as 100 bytes of network-clogging traffic for every one byte they send out.