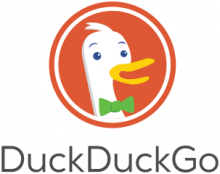 The search engine DuckDuckGo isn’t Google — in more ways than one. For starters, its whole premise is to not follow you around as you surf the web. It’s also not rich, so it doesn’t have gazillions of dollars to throw at whatever project strikes its fancy. However, the people who run the little search engine that can are very generous with what money they do have.

As they have for the last seven years, this year they’ve been busy handing out money again.