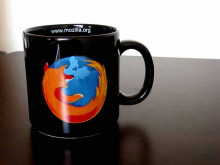 Mozilla today pulled out the PR stops to trumpet the 10th anniversary of Firefox, and in celebration released an interim build of Firefox 33 that includes a new privacy tool and access to the DuckDuckGo search engine.

Firefox 1.0 was released on Nov. 9, 2004, at a time when Microsoft’s Internet Explorer (IE) had a stranglehold on the browser space, having driven Netscape — Firefox’s forerunner in many ways — out of the market two years before. Mozilla has been widely credited with restarting browser development, which had been moribund under IE.

Story added 11. November 2014, content source with full text you can find at link above.